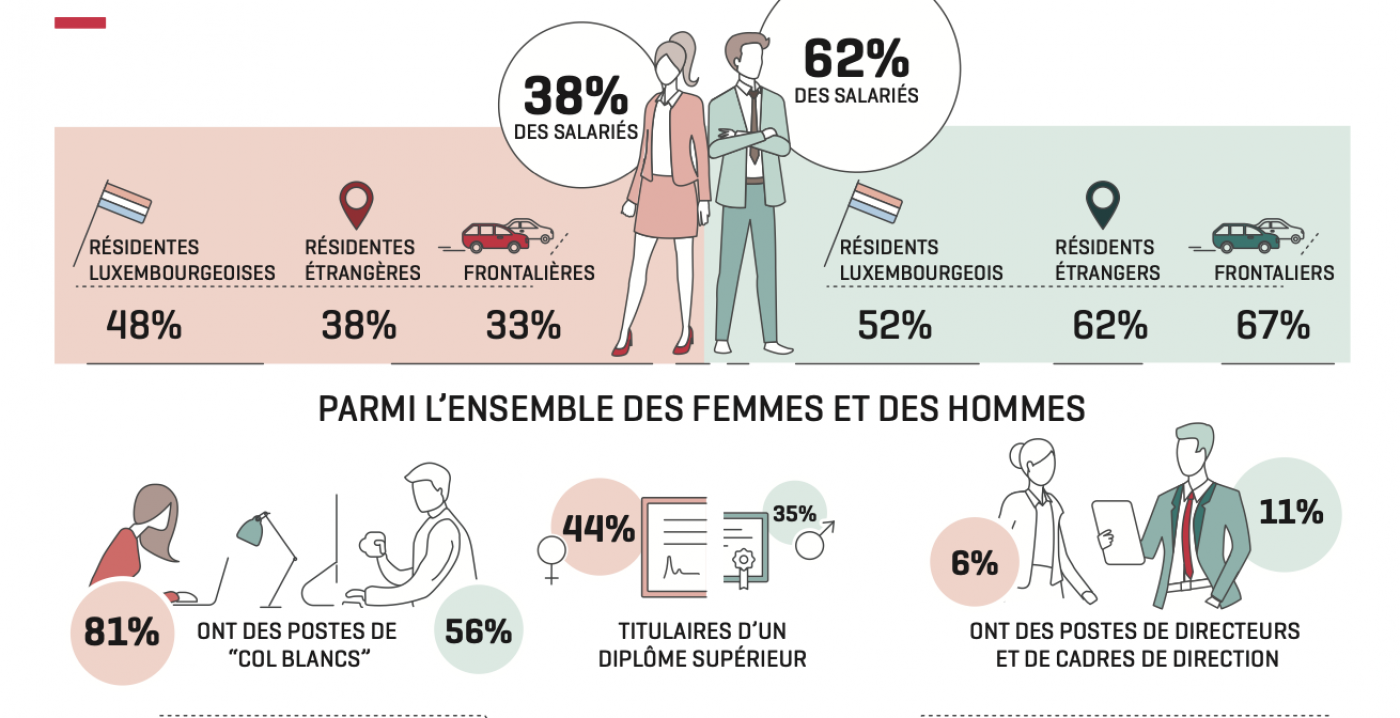 Employment and wages of men and women in Luxembourg - despite progress, inequalities remain

On March 1, as part of the International Women's Rights Day, STATEC organised an economic seminar entitled: "Employment and wages of women and men in Luxembourg". Key results: despite some improvement, inequalities remain.

Some changes are to be highlighted, for example, the pay gap between men and women. Indeed, the GPG (Gender Pay Gap) has decreased significantly in Luxembourg, from 10.2% in 2007 to 1.3% in 2019. As a result, Luxembourg is in first position in Europe, ahead of Romania, Italy and Belgium.

Regarding the number of men and women on the labour market, the Grand Duchy is still lagging behind, with 38% of women in employment.

Professional segregation also seems to be unshakeable, with a majority of women working in the health and education sectors, while men largely dominate the workforce in particular sectors of activity such as industry, transport and construction.

Sadly, the number of women in positions of responsibility (directors, executives and managers) remains fairly low, only 26% in 2018!

These data are only a sample of information pointing out the remaining differences between men and women in employment and wages in Luxembourg. Nevertheless, it is important to note that, in general, the Grand Duchy is doing well and well ahead of the European average.